The heavenly coconut palm tree has been a profitable revenue-producing commodity for decades, and it is gearing up to be even more valuable in the future. Coconut trees can be grown in most tropical locations, but more than three quarters of the world’s producing trees currently exist in three areas: The Philippines, Indonesia and India. Unfortunately, these countries have not managed their inventories well, and now face not having the resources to successfully sustain production to meet world demand.

Several threats to coconut production in existing areas are known, opening the door to new sources to fill existing and developing demands for coconuts.
According to the Coconut Development Board, the coconut palm (Cocos nucifera linn) is the most useful palm in the world. Every part of the tree is useful to human life for some purpose or the other. Hence, the coconut palm is endearingly called “the tree of life.”

Going coconuts with Precious Timber isn’t just a wise investment decision; it includes fiscal and ethical soundness as well. We have developed a unique and rewarding direct ownership program in line with our three core business principles: People, planet, and profit. Our privately owned coconut opportunity benefits you the investor while helping sustain local communities and the environment.

Recently, the world has recognized the vast range of items producible from the heavenly coconut. The coconut has been valued by islanders for centuries, and today, the fruit of these South Pacific giants is used for everything from food products to energy-producing fuels.

Although island locals have long appreciated many uses of the fatty coconuts, recently the world has developed an interest in the crop that has significant bearing on their value. Coconuts are now recognized as a healthy food source, as evidenced by the robust islanders whose diets consist primarily of coconut and fish.

A few years ago it would have been difficult to find coconut products outside of the tropical climates, except at high-cost health food stores. Today, coconut water and milk can be conveniently purchased at grocery stores and big-box warehouses around the world, a vivid testimony to the growth in the demand for these basic nut-based items.

New products are in constant development, including off-shoot food items and a host of non-food products such as clean fuel sources and fiber products. Ironically, as the demand for these products skyrocket, the projected supply in the near future is in danger of killing these industries…unless aggressive plans are activated to address the concern.

An opportunity now exists for growers to recognize these demands and to begin planting for harvest at the critical time (in four to six years). As the future demand on coconuts becomes more evident to you, you’ll want to become a grower too.

Register for a complementary personal consultation by clicking below. This will direct you to our Appointment Request Form.

Learn how owning your own coconut plantation can generate long-term income.

To people living in the tropical areas of the world, the coconut tree has been an important source of food, clothing, and shelter for thousands of years. This video shows the first step of how we plant new coconut trees.

There's no better way to get a sense of what this opportunity is really about, than to experience it for yourself. 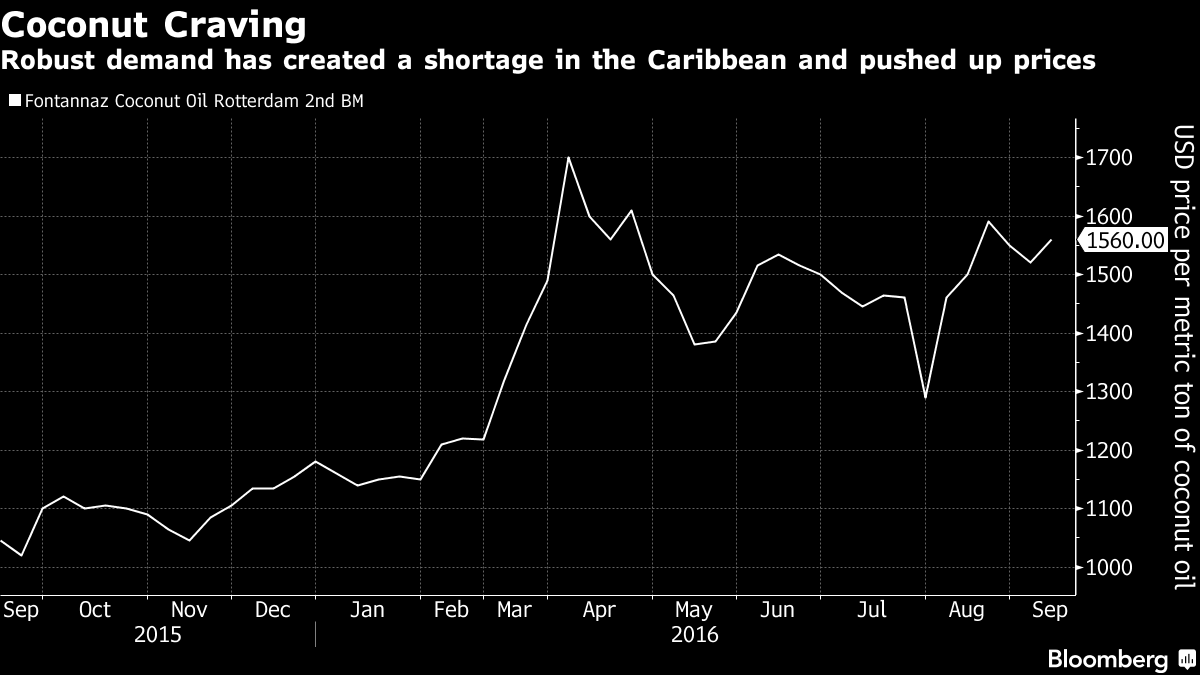 The coconut tree is hardy and grows well in tropical locations. We grow the dwarf variety, and trees typically begin producing between year 3 and 4, and are fully mature by year 6. When considering coconuts as an alternative investment asset, it is best positioned as a long-term income and legacy allocation.

Mature coconut trees will produce nuts for up to sixty years, and when no longer productive, the tree can be harvested for its valuable timber.

The world’s elite investors have long relied on alternative investments, like coconuts farms, to provide superior, risk-adjusted returns. However, until recently, these strategies have been reserved for only the wealthiest of investors.

Today, things are changing, and now any informed investor can access many of the same vehicles, and enjoy the same diversification.

Alternative investments have helped drive some of the world’s best-performing portfolios over the most recent decades, and it appears that trend may continue.

Here are some additional benefits that you will enjoy from including an allocation to coconuts as part of your long term wealth building strategy.

Demand is the easiest factor to understand. You don’t need to know anything about agribusiness to grasp it. A combination of the internet and booming health food trends, has spurred demand for several previously ignored or unknown foods. Think of quinoa, chia seeds, kale, or pomegranate. Now with coconut, the last decade has seen a significant spike in demand, thanks to the popularity of things like coconut oil, butters, hair and beauty products, among others.

For investors, this increased demand has turned what was historically considered to be a moderate-margin cash crop into one that can deliver an excellent ROI.

This environment is ripe for prudent, informed investors and growers. A sustainable, long-term coconut development can yield both a more efficient market, and a better quality of living for local coconut growers. With this, local growers are able to generate a higher, steadier income for their families. And investors in coconut agribusiness benefit by leveraging margins of scale, and by cutting out the unethical business practices that growers have historically encountered.

Yield on managed agriculture is typically better than returns you can earn with many other fixed income investments. Agriculture is also a hard asset class that can not be manipulated by Wall Street in the way an ETF could be. Additionally, owning farmland in your own name is a way of owning non-reportable foreign real estate. Typically, an investment in a coconut plantation takes several years to begin generating revenues. That could mean owning the underlying land without having to report the interest for taxes. A qualified tax professional should be consulted in order to determine the tax implications that apply to you in this case. 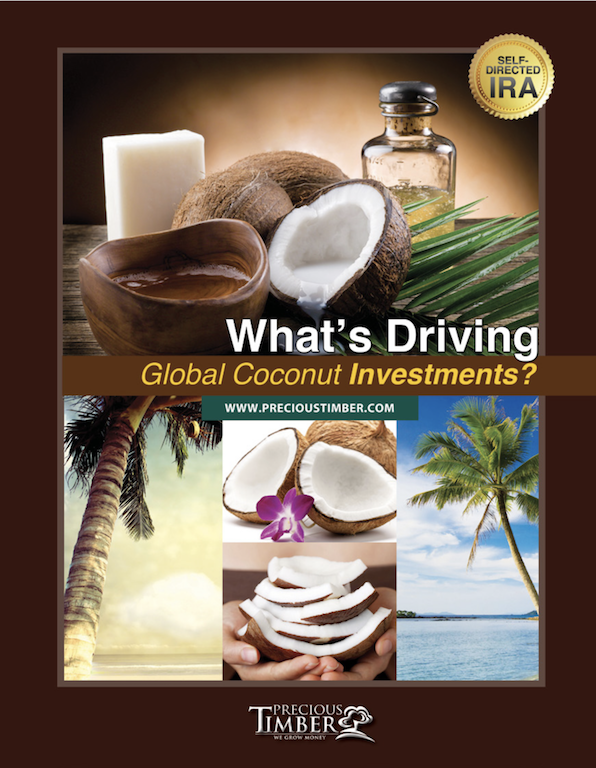 Use the link below to sign up for your complete set of investor reports, delivered straight to your inbox. The email comes directly from us, and we will not use your information for any other purpose. 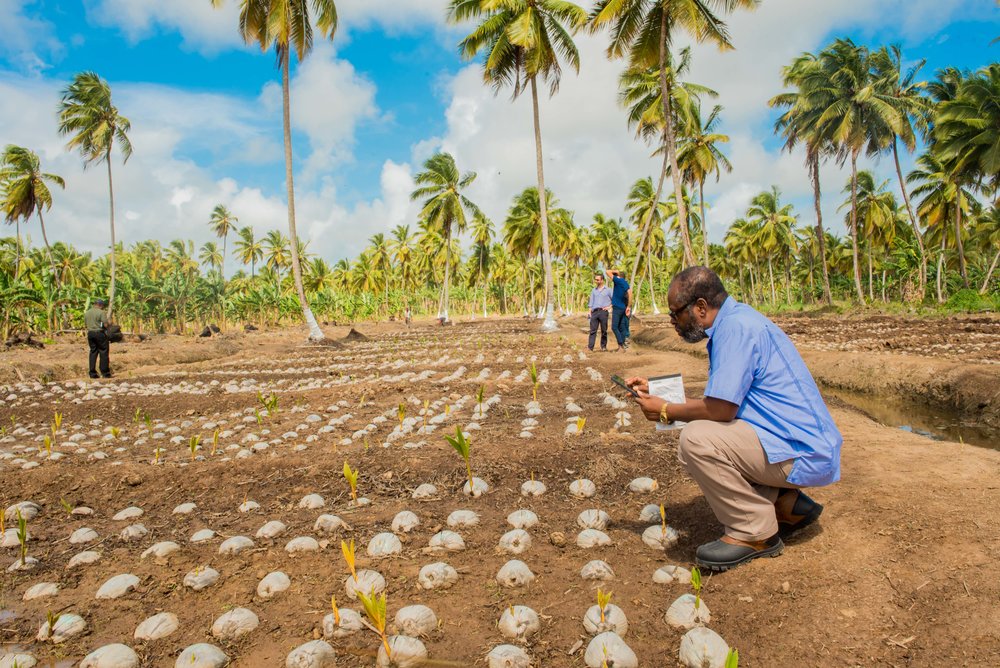 If you are concerned about successfully building a retirement nest egg that will not only last, but provide you with sufficient inflation adjusted income, then its time you looked more closely at coconut cultivation and what it can do for you. Contact us and we’ll work with you in designing a plan that could answer much of your retirement income needs.

The below link will direct you to our Appointment Request Form. Once we receive your request, someone from our team will contact you directly.