World Coffee Producers Forum organisers have released an official declaration calling for serious and immediate action to be taken on the historically low international coffee price.
Thirteen coffee producers’ groups, including the Federación Nacional de Cafeteros de Colombia (FNC), are listed on the declaration.
“With Colombia in a leading role, 35 coffee-producing countries from Africa, Asia, and Latin America are calling on all members of the coffee supply chain to act quickly and responsibly to address the current international pricing crisis that is devastating coffee-producing communities around the world,” FNC Director of Communications and P.R. Silvia Pavajeau says in an email.
The declaration, amended for style, reads: 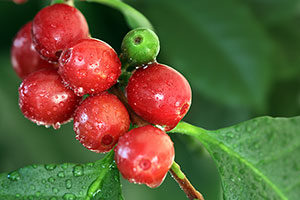 The current social and economic crisis created by extremely low international coffee prices has come to a point where the coffee value chain – as a whole – cannot just continue talking about it, without taking serious and immediate action.
According to the International Coffee Organization (ICO), about 25 million families – mostly smallholders – produce coffee in the world. Today, most of them cannot even cover their production costs and many of them cannot make a living for themselves and their families.
The world drinks 1.4 billion cups of coffee every day (Source: ICO) and consumers pay very high prices for them, from $3.12 in the US to $4.60 in Shanghai to $6.24 in Copenhagen in 2018 (Source: Statista). In many cases, those prices are reached with the promise of the coffee being sustainable. However, the sustainability promise usually focuses only on two of its three aspects: environmental and social. Economic sustainability, the income of the farmers itself, has been neglected by the coffee value chain under the premise that “the market is the market” and we need to let it rule.
Today’s “C” futures contract was created as the price reference for a basket of mild arabica coffees of similar quality known as “Centrals”. Today, with several changes introduced over time, it is widely acknowledged that the “C” futures contract-based price does not cover production costs for most producers due to several factors, including speculation by hedge funds that do not understand or care about coffee.

In 1982, the price of coffee fluctuated between US$1.18 and US$1.41 in the international market and a cup of coffee averaged US$1.10 in the United States. In 2018, the average price of a pound of arabica coffee in the international market averaged US$1.01. Furthermore, on 22 March, 2019, the price closed below US$0.95. Coffee producers have lost more than 80 per cent of their purchase capacity in the last few decades.

The current pauperisation process of coffee producers is destroying the very social fabric in the rural areas of more than 40 countries in Africa, Asia and Latin America, leading to increased criminality in producing nations, more poverty in the cities, and massive migrations towards the United States and Europe. In some countries, the current crisis has become an incentive to shift to illegal crops because farmers cannot make a living from coffee alone.

Quality and availability are also threatened. Producers who stay in coffee will not be able to afford the proper care of their farms and their coffee which leads to improper fertilszation and care of the trees, affects quality and deprives consumers the diversity that they enjoy today. Adaptation and mitigation of the effects of climate change are other burdens that falls on the shoulders of producers.